With a population of 4.5 million people, the state of Queensland is Australia’s 3rd largest by population and 2nd largest in area. Queensland makes up the entire northeast corner of Australia, covering about 1.8 million square kilometers. Within this space is an incredible diversity of landscape, from the arid terrain of the outback to the fascinating wonders of the Tropical North Queensland Rainforest, the oldest continually surviving rainforest on earth. Queenland is also a gateway to exploring the Great Barrier Reef with its underwater splendor. A number of outstanding educational institutions call Queensland home, and offer a variety of options for international students.
Refine your search
Refine your search
Show all filters 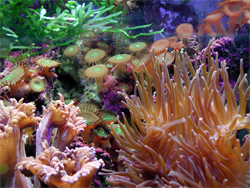 Queensland has been inhabited for roughly 40,000 years, first by Aboriginals, and much later – around the 1600s – discovered by Dutch explorers. One of the early settlements of Queensland was a British penal colony at Moreton Bay on the Pacific Ocean. After problems with the Aboriginals and a lack of good drinking water, the colony relocated 20 kilometers up the river to what is now the city of Brisbane.

Queensland was a part of the state of New South Wales until 1859 when it declared its independence and became a state of its own. Queensland Day is celebrated on June 6, the day Queen Victoria approved of the separation. Queensland became a part of the Commonwealth of Australia in 1901, and since then has developed one of the strongest economies in Australia. Mining, agriculture, and tourism are the top industries in Queensland.

Popular destinations in Queensland include the Sunshine Coast with its pristine beaches and gorgeous national parks; the Gold Coast with its tropical rainforests and theme parks; Brisbane, Queensland’s largest city and capital, fresh and lively with lots of activity; and Cairns, in the heart of Queensland’s rainforest and within easy access of the Great Barrier Reef.

Check out our City Guide: Queensland for more information about Queensland!

Want to study in Lithuania?

Experience it in 360° virtual reality!