Greek higher education is fully governed by the state. Only state run institutions are recognized and allowed to provide tertiary education. Some private institutions exist - mainly branches of universities and colleges in for example the United States and the UK. These in turn offer degrees accepted by the governing bodies of the parent country. As with most private schooling, tuition fees are considerably higher than for the public universities in Greece.

The Greek system of higher education has long been a growing item of debate - largely due to the changes taking place throughout the European Union in regards to the Bologna process. As the rest of Europe work toward a quality assured and internationally recognized system of higher education, grading and degrees, some say Greece is lagging behind.

Greece does however have quite a few points to commend itself for the international student experience. Especially perhaps if you are a history buff or interested in archaeology. What you will find in Greece are amazing monuments and well preserved items of one of the most important birth places of today's western civilization.

Spending time in Greece will give you not only a chance to visit the beautiful island world of the Mediterranean, but also to walk through the ancient streets of Athens. You will experience a very friendly culture where time and stress is not of the same importance as what you may be used to.

Greece in short facts and figures 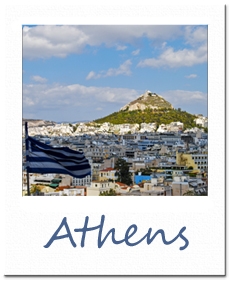 Grades in Greek higher education is based on the numeric scale 1-10. 10 is excellent, and pass/fail lies at 5.

Non-university level post-secondary education is often programs of technical or vocational orientation. Examples are the Athens Higher School of Religious Studies or courses in Civil, Mechanical, Electrical and Electronic Engineering. Courses offered often last three years and result in a Dokimou Axiomatikou Diploma. Further there are schools of fine arts and centres for higher technical education that offer short training courses of three to nine months in over 20 fields. In addition to these there are also Institutes of Vocational Training (IEK). These institutes offer programs that usually last four semesters and result in a vocational diploma in the relevant area of study.

As mentioned, only state regulated institutions are allowed the university classification in Greece. There are however several university level institutions working on a private basis. These are mainly branches of foreign universities.

The first level of university study in Greece lead to the Ptychio degree. These are undergraduate degrees and generally last four years. In some fields such as Veterinary science and engineering for example studies last five years and in medicine for twelve. As in most university courses around the world students have certain compulsory courses combined with electives. The Ptychio allows students to continue on to further study and also for immediate employment. 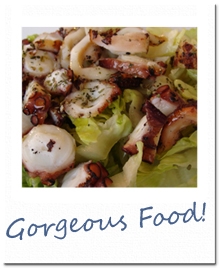 The first level of postgraduates studies lasts a minimum of four semesters and leads to the Metaptychiako Díploma Exidíkefsis, which means Postgraduate Diploma of Specialization.

The University level third stage in Greece leads to the doctoral degree in a similar fashion to most of the rest of the world. In Greece this degree is referred to as the Didaktoriko. The degree is conferred on the basis of a public defense of a thesis where the research must be original and show advances in research and science.

Admittance to a Didaktriko requires a Greek Ptychio or Diploma or an equivalent qualification obtained abroad and recognized by Dikatsa. In some cases students are also required to hold a Diploma of Postgraduate Specialization. This is the case when the department offers a postgraduate program that is relevant to the doctoral research.

Admission into the Greek higher education system requires a secondary school leaving certificate equivalent to the Apolytirio Lykeiou or a confirmation of the number of years of completed secondary schooling. You must also have a recommendation.

If you wish to enter into post graduate study in Greece you will require a four year bachelor degree completed in Greece or another country. NOTE Three year university degrees are not accepted in Greece. This is relevant not only for entrance into postgraduate study but also for employment in the public sector. Should you wish to practice for example medicine with a foreign degree, you will also be required to attend a further six to nine months of courses and testing before receiving your license.

Some doctorate degrees require you to hold a postgraduate degree in a relevant field. This varies between institutions and courses.

In addition to educational qualifications students are also required to submit to a medical check-up before registration. 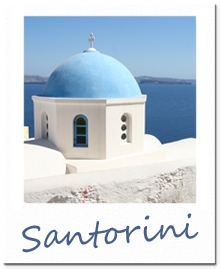 As Greek Higher Education is generally run in Greek, you will be required to hold a certificate proving your knowledge of the Greek language. This can be provided by a school if you have studied the Greek language, or through standardized tests such as the KPG, which gives you the Greek State Certificate of Language Proficiency.

If you intend on attending a private institution, your language requirements will depend on the teaching language of the school in question. In many cases the teaching language here will be English, and you will be required to provide proof of your English language proficiency. Common standardized tests are the IELTS and TOEFL tests.

All applications for entry into Greek higher education goes through the Ministry of National Education and Religious Affairs. All applications need to be submitted by July 1.

They average living cost in Greece is approximately 750€ per month. In addition, there are different scholarships and financial aid options available to students through IKY - the National Scholarship Foundation.

Foreign students from within the EU do not require a visa for entry into Greece. For longer periods of study abroad, you may have to show proof of having sufficient funds to support yourself during your stay. Most other nationalities will need a visa for stays longer than 90 days. You will receive more exact information from your nearest Greek embassy. Should you be required to apply for a visa, this may cost up to 120€ and may take up to 2-3 months to be issued. You will need the following to apply for a student visa:

Discuss studying in Greece in the discussion forum >>