When students imagine studying abroad, likely a romantic vision of France, Spain, or Italy comes to mind, and for good reason. However, in recent years, Germany has gained popularity as one of the top study abroad destinations.

Thanks in part to its world prestige and open-minded, welcoming population, Germany should be high up on your list when deciding on your ideal international study experience. Here are 10 reasons why studying abroad in Germany is an excellent option.

Check out programs in Germany!

Want to attend university for almost nothing? Studying abroad in Germany can be the answer!

Although students are still responsible for small administrative fees, the final cost of studying abroad in Germany can be quite low compared to how much students can expect to pay in other countries.

2. Enjoy a Low Cost of Living

However, tuition fees are only one aspect a prospective study abroad student must consider when trying to determine if they have the budget to fund their studies.

Comparatively speaking, studying abroad in Germany is relatively cheap when it comes to the cost of living. According to the consulting firm, Mercer, which publishes data on the cost of living in 200 countries around the world, the German cities of Berlin, Düsseldorf, Hamburg, and Frankfurt all dropped into the bottom 100 of the world’s most expensive cities. Only Munich placed in the top 100 at spot 98. Astoundingly, Berlin ranked in at spot 120, making it one of the cheapest European capitals!

3. Participate in One of the Many International Programs

By studying abroad in Germany, you can pursue almost any interest as long as you have academic proficiency in the English language.

Numerous German universities offer prestigious degree programs in business, sciences, and humanities, entirely in English.  So, why not consider studying web development in Berlin or design thinking in Munich?

The German Academic Exchange Service (DAAD) is another great resource geared towards recruiting international students to German universities. There you can find extensive information meant to make transferring your studies to Germany as easy as possible.

4. Benefit from an Economic Powerhouse

Germany continues to be the driving force behind the European Union’s economy. Studying abroad in Germany can lead to a variety of work opportunities since Germany is a leading economic power.

If companies such as BMW, Siemens, Adidas, or Bosch sound familiar, then you’ve already been introduced to the excellence that German industry has to offer.

Although Germany has very specific rules about international students working during their studies, many universities offer competitive internships and work experience that make students very marketable post-graduation. Furthermore, international students studying abroad in Germany with a valid visa will receive a generous extension of 18 months after the end of their program if they want to find work and stay permanently in Germany.

5. Learn One of Europe’s Most Dynamic Languages

Perhaps you’ve been looking for the motivation to finally commit to learning a new language, or maybe you just want to improve the skills you learned in the classroom. Either way, living and studying abroad in Germany will be the perfect chance to solidify your German language skills.

For students wanting to learn German from native speakers, there are websites like Lingoda that offer 24/7 online classes for a small fee. For the more self-motivated student, there are many great apps, such as Tandem and Duolingo, that will help you learn German in your own time outside the classroom.

Why should you learn German? Although many Germans can communicate with international students using English, your experience is bound to be more personal if you’re able to communicate with the citizens of your host country in their native language.

Furthermore, from a practical standpoint, German is one of the official languages of the European Union, as well as the corporate language of most German companies. By learning German while studying abroad in Germany, you increase your post-graduate employability. Additionally, many Germans have made huge strides in the arts and sciences, making German an admirable skill if you plan to study chemistry, physics, literature, or music, among other subjects, as well.

6. Immerse Yourself into a Remarkable Culture

With landscapes and lifestyles as diverse as its population, studying abroad in Germany offers a multitude of opportunities to get to know German culture in your own unique way.

Whether you prefer to settle in a more urban or rural environment, Germany offers something exciting for anyone to experience. While studying abroad in Germany, check out the pulsing nightlife of Berlin, the picturesque villages of the Black Forest, the art scene in Dresden, or the beer halls of Bavaria.

You can customize your immersive experience to get the most out of your time studying abroad in Germany.

7. Try All the Food and Drink Germany Has to Offer

No study abroad experience in Germany is complete without fully diving into the food culture.

No matter what your preference, Germany’s distinct food and beverage options are guaranteed to impress. Try them out while studying abroad in Germany!

To start, Germany offers over 1,000 different kinds of sausages and 1,500 varieties of beers to choose from. Or, if instead you’re a fan of currywurst, schnitzel, pretzels, spätzle, black forest cake, or lebkuchen, you’ll be just as happy.

No matter where you’re from, you are likely to recognize the important place Germany has in world history.

From World War II to the Cold War, Germany has been the stage for some of the most important conflicts in the 21st century. Throughout Germany, there are numerous memorials and monuments that recall the past.

For example, many segments of the Berlin Wall still exist for visitors to get their own sense of the imposing wall that once divided the city. If you're studying abroad in Germany, be sure to check them out.

Germany is known as the land of “poets and thinkers,” and it couldn’t be more true. As proof, take the long list of artistic German minds, from Goethe to Beethoven to Kant. The long tradition of appreciation of the arts can still be seen today in the countless art exhibitions, museums, and concert venues which are enjoyed by locals and tourists alike.

Take, for example, the East Side Gallery, a large section of the Berlin Wall that has been covered by world-famous street art.

Studying abroad in Germany will provide you with a unique opportunity to enhance your knowledge of some of the world's best artists through discounts on admissions for international students.

10. Don’t Miss the Opportunity to Travel

No matter where you choose to study abroad, you will likely want to travel as much as possible. Bordering nine different countries, studying abroad in Germany makes it possible for you to explore almost the entirety of Europe.

On top of having so many neighbors, public transportation is extensive throughout Germany. You can easily take advantage of one of the world’s most efficient train systems and see all that Germany has to offer. But it doesn’t stop there.

Germany is also connected to Europe and the rest of the world by bus, boat, and airplane. Plus, as a student studying abroad in Germany, you can get student discounts on most forms of transportation. 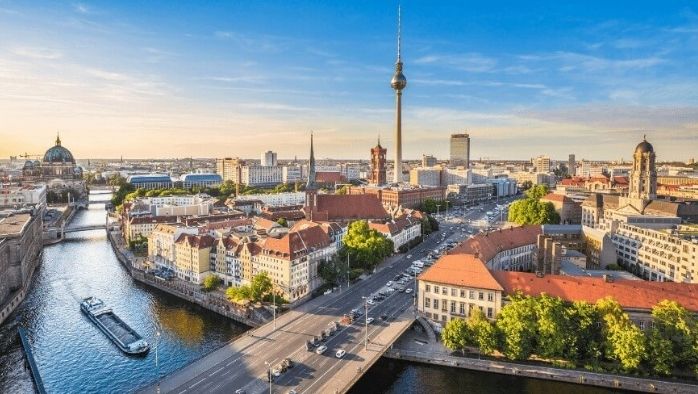 5 Awesome Reasons to Study for an MBA in Germany

A Master’s in Business Administration (MBA) is one of the most sought-after graduate programs in the world. Find out why Germany is considered a haven for MBA students. 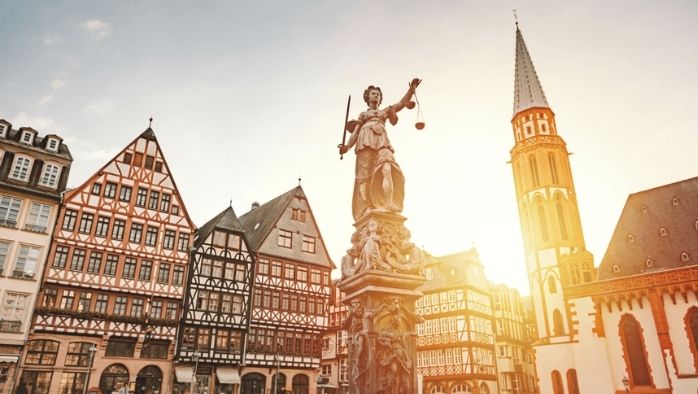 Advice for Studying Abroad in Germany

Are you thinking about studying abroad in Germany? Look no further for some study abroad tips and advice from a Swedish student who has done it before! If you’re looking to learn how to meet people as an international student, or maybe you just want to know how long a class is in Germany, Johan Jonsson’s experiences at Aachen University will give you the insight you need about what it’s like to study in Germany.