Why study in France? Well, who hasn't dreamed of taking a stroll along the Seine or visiting the lavender fields of Provence at least once? As the most popular tourist destination in the world, France holds a special place in the hearts and minds of billions of people around the world.

As if that wasn't a good enough reason to consider studying abroad in France, we've compiled a list of ten more reasons that will get you seriously considering one of the world's most beautiful countries to study abroad in.

Wondering what to study in France?

Use our search to find the perfect program.

The French pride themselves on their cultural influence, and it’s easy to see why! Just think of all the contributions the French have made to society through the ages — chic fashion, sophisticated art house films, ornate artistic masterpieces, exquisite pastries, and, of course, some of the world’s best wines.

You can also thank the French for the taxi, antibiotics, and the metric system. These cultural landmarks haven’t just faded into history here. France currently hosts some of the largest and most influential businesses in the world.

So, why study in France? Take your education abroad to one of the world’s most famous destinations and take part in all that French culture has to offer. 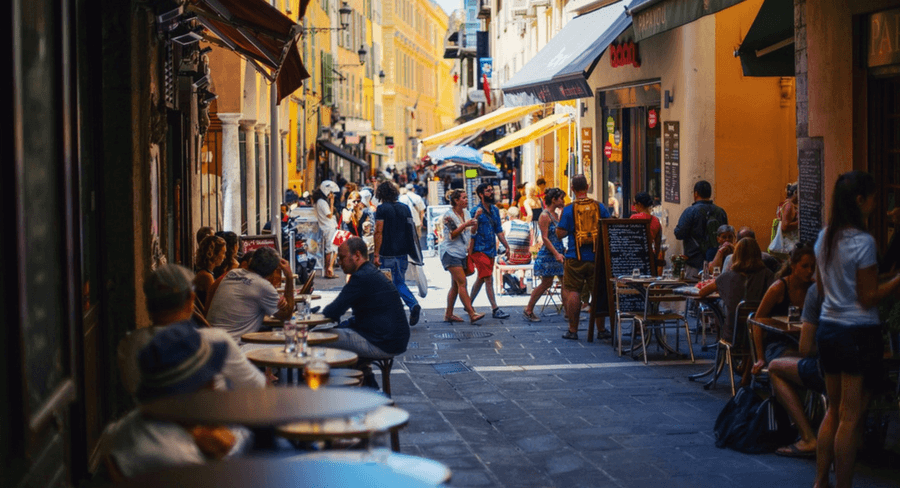 France is home to 3,500 higher education institutions! If you choose to study in France, your choice of schools, programs, and locations is almost unlimited. Take advantage and let your imagination run wild.

Study wine management in Dijon, or try a program in entrepreneurship and innovation based out of Nice! No matter what you choose, you’re sure to love every minute of your time studying abroad in France.

3. Not Just Paris — Although Paris is Great Too

Paris isn’t your only option when deciding to study in France. If you’d prefer to trade in the fast-paced sophistication of this capital city for a study abroad destination that allows you to slow down and appreciate the simpler pleasures of France, there are several other cities that may be more to your liking.

Take, for example, Lille — once voted one of France’s most underrated cities. Within a short journey, trains from Lille can also take you to London, Paris, and Brussels. Be warned, once you fall in love with the Flemish-inspired architecture and charming residents in Lille, you may never want to leave.

While you’re still thinking about studying abroad in France, check out Toulouse, Grenoble, or Lyon as well. These destinations may be smaller than Paris, but you’ll still find vibrant and fun city vibes.

4. Warm Welcomes No Matter Where You Go

Why study in France? Because the country wants you to! In recent years, France has made a large effort to recruit more international students. To do so, the French government has simplified the visa process, and in some cases, even offers grants to entice foreign students to study abroad in France.

This is great news for any prospective students outside of France and the EU who are nervous about the visa process when studying abroad in France.

5. Once You’re There, Enjoy the Weather

Most of France enjoys a temperate climate for most of the year due to its prime location in Europe. Students who don't like extreme temperatures will find the weather extremely comfortable when studying abroad in France.

Because of its geographic diversity, students can find a more Mediterranean climate in the south of France. Or, if the snow is your thing, try the country’s mountainous regions to get a full winter experience. Either way, when you study in France, you will be able to enjoy perfect weather while also visiting a wide variety of exciting new places in the region.

6. And Don’t Forget the Food

If you ask any international student, ‘Why study in France?’, this might be their first answer. Food and drinks! It’s obvious that fine wine and cuisine remain one of France’s biggest influences on the world.

Whether it’s a glass of champagne on New Year’s Eve, a flaky croissant from a local patisserie, or some creamy brie on a slice of baguette, few can say they’ve never experienced the taste of France.

Food plays a huge role in French society, and as an international student, you will not be disappointed.

Not only are there limitless new tastes to experience, it’s surprisingly affordable to do so as well, compared to many other countries where food prices are much higher. More great news for a student studying abroad in France!

Check out our country guide for more information!

As an international student on a budget, you will want to find a place where you can enjoy your new city without breaking the bank.

France is your answer.

No matter where you study in France, there are plenty of chances to use your student status for a free or discounted entrance into some of the world’s most famous attractions. Take a guided tour of the Louvre, climb the Eiffel Tower, or daydream at the Palace of Versailles, all for cheaper than an average tourist would pay.

Your wardrobe might be able to answer the question, ‘Why study abroad in France?’ If going out in sweatpants is your aesthetic, studying abroad in France will definitely help you increase your fashion game.

France boasts some of the most iconic fashion brands in the world (think Chanel, Yves Saint Laurent, Dior, Givenchy, and the list continues). With such huge fashion icons around, it’s no wonder that the French pride themselves on their appearance.

No matter your age, gender, or body type, you will be able to learn a thing or two from the French chic style, and your wardrobe will thank you for it!

So, if it’s been your dream to follow in the footsteps of Coco Chanel and study fashion design, look no further than the reputable International Fashion Academy in Paris.

If you haven’t already, you should try learning one of the world’s most beautiful languages — French. And what better way to do that than to study French in France?

Learn how one word seamlessly flows into the next, giving French its signature melody, and start practicing with the locals. You won’t regret it! Learning another language while studying abroad in France will open both career opportunities and the chance to meet new people.

But, if language learning is not your strength, no worries! There are still many programs to choose from taught entirely in English.

10. France, the Gateway to Europe

Do you need to know one last reason when asking yourself, ‘Why study in France’? Well, did you know that France borders six separate countries?

With so many international neighbors, you will not only get to explore France but also many other European countries, like Germany and Spain.

Plus, France’s transportation system is affordable, efficient, and extensive. Therefore, whether by plane, train, or automobile, you can travel the world, even if you’re an international student on a budget.

So, what do you think? Does sipping a cappuccino in a Parisian café or laying out on the beach in Marseille sound like the perfect fit? Use our search to make your dream to study in France come true. 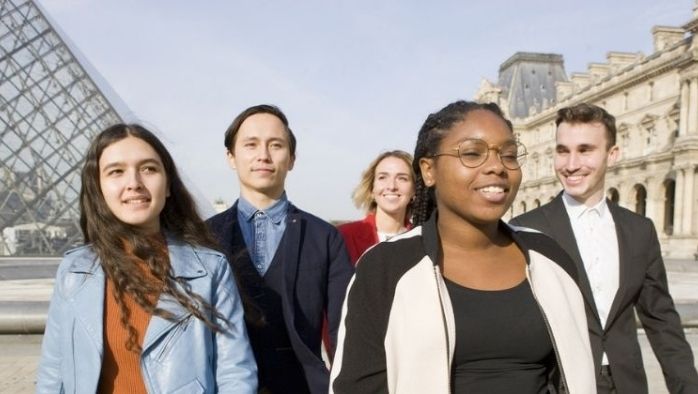 How to Study in France: Study Business in France 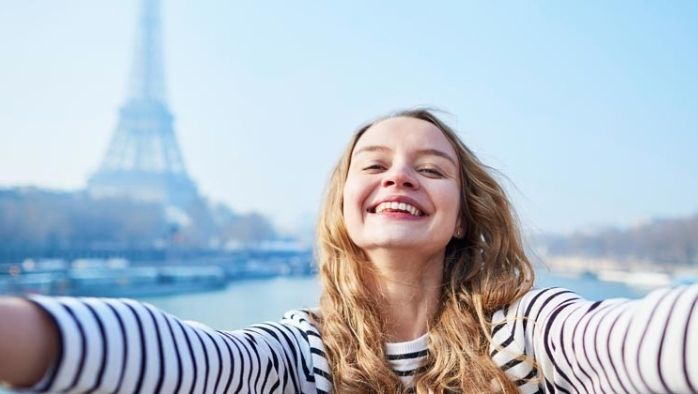 How to Learn French While Studying Abroad: 5 Practical Tips For Fast & Effective Learning