Master One of the World’s Most Romantic Languages

If you like the way it sounds when je t’aime rolls off your tongue, set your heart on studying French. By doing so, you open yourself not only to the language but also the wonderful people and sophisticated culture that created it.
Refine your search
Refine your search
Show all filters

This program has been added to your wishlist.
Choose up to three courses that you want to compare.
Displaying 1-20 of 468 results
Sort
Highest review score
Closest start date
Length

L'École du Journalisme Nice
If you are a beginner in French and you would like to improve your level before coming to live and...

University of St Andrews
Develop your academic understanding of and research capability in French and French-speaking culture, literature, and language. You can take French studies...

Cardiff University
Our aim at the School of Modern Languages and the School of English, Communication and Philosophy is to develop and...

Cardiff University
The four-year degree in Business Management with French combines the main elements (modules and teaching) of the business management programme...

Indiana University Bloomington
The B.A. major in French fosters proficiency in reading, writing, listening, and speaking in French, and explores the literature and...

Cardiff University
Our aim at the School of Modern Languages is to enable our students to become ‘global citizens’. Our graduates are...

Economics with a European Language (French)

Cardiff University
The Business Economics degree programme with French provides students with an understanding of economic theory, in particular the organisational and...

Banking and Finance with a European Language (French)

Cardiff University
The Banking and Finance degree is of particular interest to those wishing to enter the financial sector. It will provide...

King's University College at The University of Western Ontario
French is the first language of about a quarter of Canada population. While the majority of these francophones live in...

Cardiff University
The Business Economics degree programme with French provides students with an understanding of economic theory, in particular the organisational and...

North Central College
The French and Francophone Studies major allows students the opportunity to pursue their interest in the study of French and...

De Montfort University
English Language with French, Mandarin or Spanish is a stimulating, thought-provoking course designed to make you analyse and reflect on...

Nottingham Trent University
Joint Honours degrees enable you to have the maximum flexibility to study subject areas that really interest you. Our FRENCH...

University of St Andrews
As an MA (Hons) student of French, you will develop language and communications skills to a high level of proficiency...

University of Kent
French is one of the most beautiful and widely spoken Romance languages. Outside of France, it is spoken as far...

University of Southampton
This degree in French, including a year abroad, will give you complete proficiency in a major international language. You’ll also...

University of Richmond
The Department of Languages, Literatures, and Cultures offers a major and a minor in French, an honors program for majors,...

Bachelor of Arts in French

Hanover College
At Hanover, the study of a modern language is rooted in activities and readings that help students see the world...
Displaying 1-20 of 468 results
1234567

One of the French language’s signature characteristics is the way one word seamlessly flows into the next, giving it the romantic melody for which it is so famous. Plus, not only does learning another language open career opportunities, it also creates the chance to meet new people.

Although learning a language is a lifelong journey, it’s one that’s rife with rewarding experiences. Just imagine immersing yourself into the rich history of French culture using the language to read French literature in its original or watching French cinema without the subtitles.

The best way to increase fluency, however, is to study the language in a place where you’ll be surrounded by it every day. So, if you’re not one to be patient, try studying French abroad in France! Within just a few weeks you will be ordering in restaurants and asking locals for directions as you begin to increase your fluency, until one day you are holding conversations with French friends at a near native level!

You can decide to study French at the university level or at a language learning school solely dedicated to teaching students the French language. Either way, the best French schools can be found in France where you will be taught by native speakers and always surrounded by the language.

Now, all you have to do is decide the best place for you to study in France!

If you are looking for a taste of a chic metropolis where you will never run out of things to do, head straight for France’s capital, Paris! Take a tour of the Louvre, stroll along the Seine, and then take a selfie in front of the Eiffel Tower. Every day will be a new adventure.

Or, if you’re looking for something a little different, try Lyon. France’s third-largest city offers a view of many medieval landmarks and a taste of the region’s unique gastronomy. 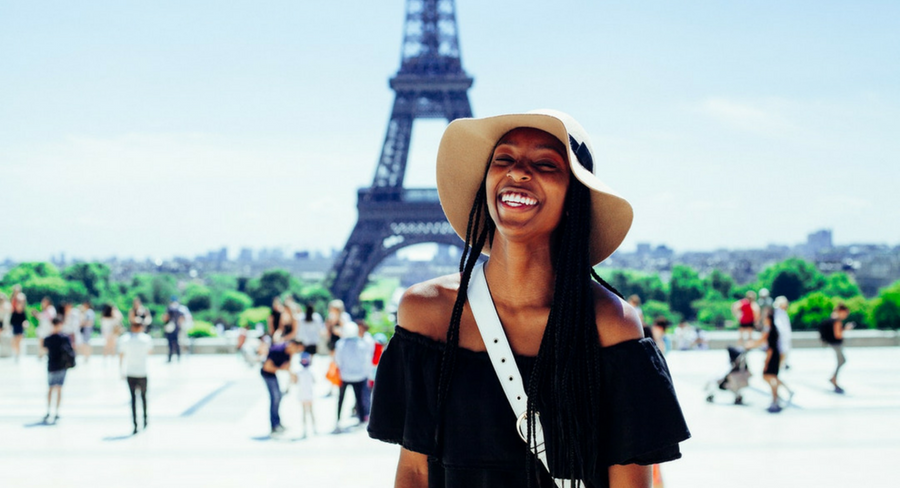 In today’s global environment, knowledge of a second or even third language is considered a high-value skill. Employers therefore put candidates at the top of the list if they have fluency in another language on their resume or CV. As one of the most widely spoken languages and an official language of the United Nations, French speakers are in demand.

Consider some of the following jobs that require French:

Or, if it’s your goal to stay in France after your studies, then no matter where you decide to work you will need an advanced knowledge of the language.

Prerequisites for a Degree in French

The best French schools will often require that prospective students have demonstrated they have previously performed well in their classes. However, previous knowledge of French is not mandatory if you want to start as a beginner. Both undergraduate and graduate students will have to provide a copy of their academic transcripts, along with any standardized test results.

If you wish to begin with upper-level French classes, however, you may have to demonstrate your knowledge of the language through a spoken interview or placement test.