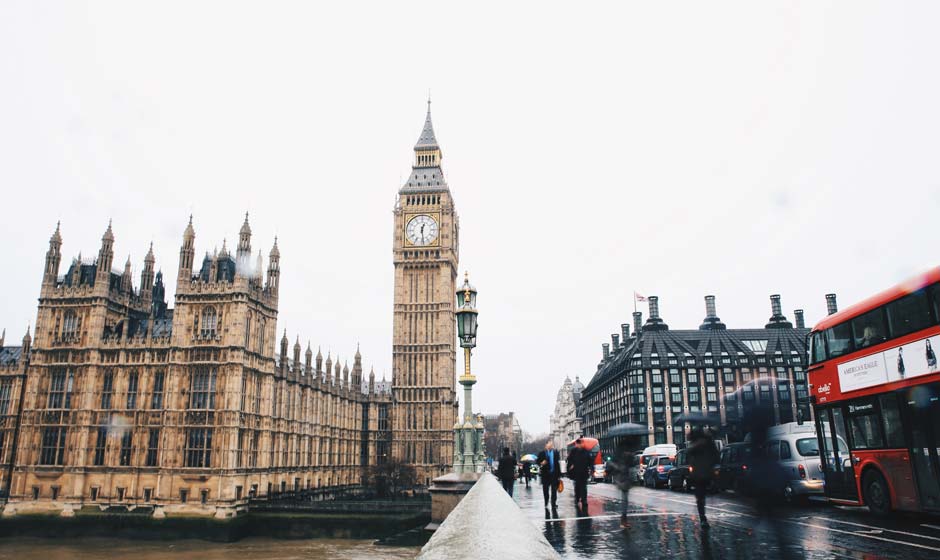 Language & Culture in the UK

Thinking of the UK often brings images of British accents, Queen Elizabeth II and double decker buses. While some stereotypes ring true, the UK has much more to offer than its clichés.

English is the de facto official language, and the most spoken language in the UK spoken by over 59.8 million residents. Dialects and accents abound in the different cities, regions and nations across the country.

Scots, Welsh, Scottish Gaelic and Irish are all minority status indigenous languages in the UK, and Welsh is a de jure official language in Wales with an estimated 700,000 speakers. In Wales, students must either be taught in Welsh or study it as a second language until age 16.

English has enjoyed remarkable success as the language of business, travel and international relations, and is the native tongue of 360 million people worldwide. Thanks to a vast catalogue of film and TV exports, English feels familiar to most – it is spoken as a second language by half a billion people, and the relative ease with which it can be picked up means that it will continue to dominate the world stage.

Studying in the UK will help students enhance their skills through exposure, and there is no shortage of accredited institutions for studying the language while you’re in the UK if you want to take a more formal route. 600,000 learners per year choose specialized language schools, colleges of further education, or universities to improve their proficiency in English.

Want to study in the UK? Find & compare programs

Culture in the UK

Like its educational system, British culture is steeped in long standing traditions. Images of Queen Elizabeth II and Buckingham palace often come to mind when thinking of the UK, and while English culture is often the dominant representation of overall culture in the UK, each nation has distinct traditions in music, cuisine, language, history, and education. With the Industrial Revolution beginning as far back as 1760, culture in the UK has developed and transformed throughout its long history.

Social norms play a big role in daily life in Britain and British customs. Punctuality, queueing (lining up) and traditions of politeness are just a few tips and tricks to keep in mind to make your transition to life in the UK as smooth as possible.

The UK parliament located in London has representatives from all UK nations, but Scotland, Wales and Northern Ireland all have separate legislative bodies who have control over certain aspects of their nations’ governance.

With such a long history, the culture in the UK plays host to a massive variety of important figures, artifacts and cultural events. Home to Shakespeare, Chaucer, Charles Dickens, Roald Dahl and many other famous literary figures, the UK’s traditions of literature and theatre are well-established staples in the country’s culture.

UK culture overall is highly influenced the nations within the union, simultaneously straightforward and complex. Stonehenge, bangers and mash, takeaways, Scotch eggs, a love for sports like football (soccer), rugby and tennis, traditions from Celtic culture, and Welsh caviar all form only a small part of the huge array of diverse cultures to explore by choosing the UK as your next study abroad destination!

Learn more about studying in the UK:

Choosing the UK as your study abroad destination means more than a top-quality education. Get an overview of what the UK and why you should study abroad there.

There are over 3,000 institutes for international students to choose from throughout the United Kingdom. Take a minute to find out more about how the UK higher education system works.

What kind of study visa do international students need to study abroad in the UK? UK student visas are awarded on a points-based system, obtained by submitted certain information and documents.

Most UK universities own accommodation which they rent out to students, commonly called ‘halls’. But many other housing options also exist if university halls are not your thing.

Tuition fees for the United Kingdom vary depending on where you are from and where you are studying. Find out more about costs as well as scholarship opportunities for international students.

The facility for undergraduate admissions in the UK is The Universities and Colleges Admissions Service (UCAS). There are two rounds of applications each year. Find out more here.

Ready to look at studying abroad in the UK? Use our search engine to find and compare top programs in the UK today!

Top 7 Reasons to Study Abroad in the UK

Whether it’s the fast-paced lifestyle of London you’re looking for, or the more laid-back culture of Edinburgh, as a prospective international student, you are guaranteed to fall in love with one of the United Kingdom’s many popular study abroad destinations. Here's why!