Located in the province of North Holland, Amsterdam is the capital city of the Netherlands. Famed for its canals, its biking culture, its liberal cannabis laws and the Red Light District, Amsterdam is one of the best cities to study in.

Amsterdam is also near to Leiden and The Hague, two cities with great schools and academic opportunities. But the city itself is also home to some great schools. Dutch schools are part of the Bologna Process, meaning that you can rest assured that you’re getting a world class education, no matter where you choose to study.

Amsterdam is a place with a strong start-up culture. It’s a great city to intern and try different career paths to see which one is right for you, all while gaining valuable insights into the world of work. Speaking of value, you’ll certainly need to budget during your studies in Amsterdam.

Amsterdam is also a major travel hub, so you can travel whilst you study. There are frequent road and rail connections to Belgium, Germany, France and Denmark, as well as air links to places all around the world. 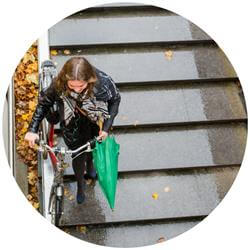 Global Ambassador Mateusz explores the best places to visit while studying in Rotterdam at the Erasmus School of Economics. Discover what makes the city so unique and exciting for students from all over the world. 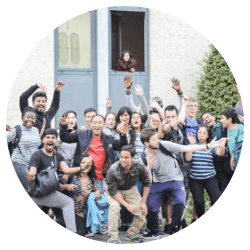 Global Ambassador Ade: Higher Education is Just Around the Corner

Count one, two, three steps and you’re on your way to living your dream! Ade lays out what it takes to start living the dream at Maastricht School of Management and gives some pointers on how to choose an MBA program.