Malta has two official languages: English and Maltese. Italian is also widely spoken, as it’s Malta’s near neighbor. Maltese is only spoken in Malta, so there’s no big push to learn it. However, Malta is a great place to learn Italian, if you want to add to your language skills. Italian is so widely spoken that it even used to be an official language.

Malta itself is tiny - it’s smaller even than the US state of Rhode Island. In fact, the capital Valletta is only 0.6km². This means that its 515,000 inhabitants live in one of the most densely-populated countries in the world. But this also makes Malta an extremely social place. You’re never far away from people or the hustle and bustle of urban life.

That being said, there are still places to get away from it all, particularly on the island of Gozo. There, you can find a spot to enjoy some quiet time overlooking the sea, or spend an afternoon in one of the fishing villages on the north coast of the island. Maltese people love being outdoors. As the country is sun soaked, this isn’t surprising. In fact, locals and tourists alike spend their weekends at the Blue Lagoon on Comino.

Maltese people are also known for being extremely social and for their calmer pace of life. Expect to meet new people and make new friends on any night out, particularly in St Julian.

In addition to being social and sunny, Malta is also one of the safest countries in the world. Crime is low and the police are good at catching criminals. That being said, there are some issues with pickpocketing in Birkirkara, so be careful around there. Tourist buses between Valletta and St Julian can also be targeted by pickpockets. Malta also has no recent history of terrorism, adding to its safety.

In addition to its safety, Malta’s past is always on show. From the temples at Hagar Qim, some of the oldest free-standing structures in the world, to the Templar buildings in Valletta, to the stone fishing villages on Gozo, Malta is strongly connected to its history.

Want an overview of Malta? Do you want to know a little more about this island nation? The section gives you an oversight of all you need to know.

Want to learn about how the higher education system works in Malta? Malta is a good destination for a variety of students, given its good programs, low fees and the ability to improve your English. Take a minute to find out more about the structure of the education system in Malta!

Do you need a visa to enter Malta to study? Learn more about the student visa process, and what you need to enter the country, depending on your citizenship.

No matter where you study abroad, it’s important to create a budget in advance so that you’re prepared. Therefore, we’ve detailed average living and housing costs so that you can get a better idea of what you would be paying as a student in Malta.

Tuition fees for degree programs in Malta are generally set. International students are expected to pay tuition fees in Malta, but these fees are normally quite low. We've put together information on how this works, and on scholarships, in this section.

Learn more about how to apply to Maltese schools and the documentation you need to do it in this section.

Ready to look at education in Malta? Use our search engine to find and compare top programs in Malta today! 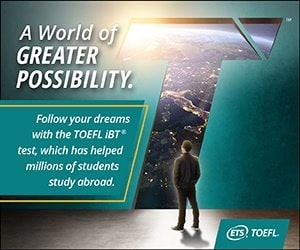