Bulgaria is a place where East meets West. It is home to the first written Slavic language, which is now spoken not only in Bulgaria but also in the Ukraine, Macedonia, Serbia, Turkey, Greece and Romania. Bulgaria has a long and rich history, where orthodox Christianity and the Church has played a large role. Another great influence of today's Bulgaria is the communist era, which lasted from the end of World War II until 1990. Today Bulgaria is a proud member of both the EU and NATO in addition to its membership of the United Nations from 1955 and is run by democratic rule.

The academic year in Bulgaria runs from September to June. Application deadlines are generally September first for fall entry but as an international student, it is always wise to apply in good time. What is notable is that most programs are offered in Bulgarian, and require a good level of Bulgarian proficiency for acceptance. For international students who want to study abroad and are not yet proficient in the language, a one year course in the Bulgarian language followed by an examination is mandatory. If you already speak Bulgarian, you need to pass the Standardised Test in Bulgarian Level B2. 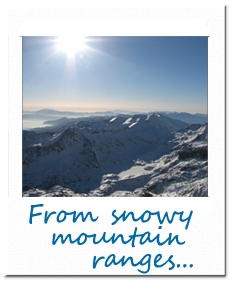 Some programs - especially on the masters level - are provided in English. Another growing area that offers English education is that of medicine. Studying medicine in the Eastern European EU membership countries has become a very popular alternative for many international students. The level of education is generally very high while entrance requirements are slightly less stringent. If you choose to complete your medical degree in Bulgaria, you will be free to do your internship years and work throughout the EU, and many other countries as well.

As previously mentioned, degrees offered at Bulgarian institutions of higher education are on three levels; Bachelor, Master and Doctor. A Bachelor degree is the first level, which must be completed to proceed on to the following two. A bachelor degree in Bulgaria is generally four years in length. In some fields bachelor degrees do not exist- instead students study longer and proceed directly on to a master degree.

The second level of study is the master degree or Magistr. This level takes one year after obtaining a bachelor degree or five to six years if commencing master degree studies directly after your secondary education. Usually students are required to complete a thesis and pass a state examination to obtain the degree.

The third and final level of higher education is the doctorate. This is obtained on the basis of individual research and after publicly defending a thesis. 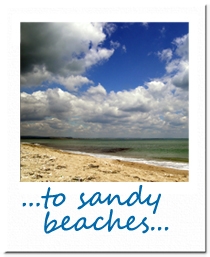 The admission of foreign students is based on the premise of a completed secondary education equivalent of that offered in Bulgaria. In general - if you qualify for higher education in your home country, you are eligible for entry into Bulgarian universities and colleges. Unless you are applying for programs taught in English however, you will, as mentioned earlier need to study Bulgarian for a year before being granted to study the full program.

Anyone who is not a Bulgarian citizen is regarded as a foreign student, and will fit in that quota and pay tuition fees accordingly. Foreign students must also be officially admitted by the Ministry of Education and Science.

As with similar systems around the world, entry into a master program requires a previously completed bachelor program in Bulgaria or abroad, just as a doctorate requires a completed master degree. Qualifications are evaluated and accredited through the National Evanluation and Accreditation Agency at the Council of Ministers (http://www.neaa.government.bg).

Universities in Bulgaria are both private and public. Regardless of which, international students are charged tuition. For 2007/2008 tuition fees for public universities for 2,200 to 5,500 Euro depending on the course and level of study. Private universities set their own fees, and are generally far more expensive.

Living expenses are, compared to most of Western Europe and North America, very cheap. Your biggest expenses will be rent along with gas and electricity. Remember that it does get cold in winter - so budget to pay for heating in the colder months. Food, if you avoid the tourist spots, is very cheap even if eating out.