Postgraduate Diploma in Arts (PGDipArts) in Film and Media Studies

The Postgraduate Diploma in Arts (PGDipArts) requires two semesters of full-time study. It entails a structured programme of postgraduate coursework and, in some instances, a piece of supervised research that counts for one or two of the required papers. The normal admission requirement is a completed Bachelor of Arts (BA) degree in the major of the proposed programme.

Graduates are employed in administration, business, education, government, industry and journalism where their advanced knowledge of an academic area, ability to solve problems, research and writing skills are valued. It is also a recognised qualification for admission as a candidate for the Master of Arts (MA) and, if a dissertation is included, the Doctor of Philosophy (PhD).

Film and Media Studies focuses on the historical, aesthetic, cultural and social significance of cinema, television and new visual technologies and their interconnections. It is concerned with the teaching of visual literacy as it applies to moving images since the advent of modernity and beyond, and looks at dominant practices (Hollywood cinema, global media, mass-entertainment), and alternative practices (art-film and avant-garde, local and indigenous media).

From the emergence of cinema at the end of the 19th century to the Internet revolution, the production and consumption of moving images has changed every aspect of our lives and cultures. The major emphasises a range of approaches to media texts and events that include aesthetics, history and sociology while stressing a strong theoretical understanding of the subject.

Students in Film and Media Studies develop a range of skills based on the content of the course, the development of research and presentation methodologies and multimedia literacy’s and skills. These skills will enable students to:

As such, it can be fruitfully combined with the study of a wide range of other subjects, including Communication Studies, Visual Culture, English, History, Gender Studies, Theatre Studies, Marketing and Psychology.

Students in Film and Media Studies will have access to a range of material and facilities which include resources through the programs website, an audio-visual study centre in the Central Library, a digital recording and editing facility, as well as a screening room in which film prints, brought from within and without New Zealand, are displayed in theatrical conditions. This is the only programme in New Zealand which displays films in all formats: 35mm, 16mm, VHS and DVD.

Level of Award of the Diploma

The diploma may be awarded with distinction or with credit.

Diploma in a Second Subject

A postgraduate diploma can usually be taken at any time after the completion of your bachelor's degree.

If your first language is not English you need to meet our English language requirements as follows: IELTS score of 6.5 in the academic module (with no individual band below 6.0); Internet-based TOEFL Score of 95 with a minimum writing score of 22; Paper-based TOEFL score of 587 (TWE 4.5); Cambridge Certificate of Proficiency in English (CPE) – Minimum score of 176; Cambridge Certificate in Advanced English (CAE) – Minimum score of 176; Pearson Test of English (PTE) Academic - Overall score of 64 with no communicative skills score below 57; University of Otago Language Centre ‘English for Otago’, English for Postgraduate Academic Purposes (EPAP) - Grade C or higher; University of Auckland English Language Academy (ELA) pathway programmes - Successful completion of the English Pathway for Postgraduate Studies (EPPS) with a B Grade; University of Auckland Foundation Certificate in English for Academic Purposes (FCertEAP) - Successful completion of the certificate with a B Grade.

Welcome to the University of Otago – New Zealand’s first university and the first choice of more than 20,000 students. After almost 150 years, we’re still leading the way when it comes to world-class teaching and a legendary student lifestyle... 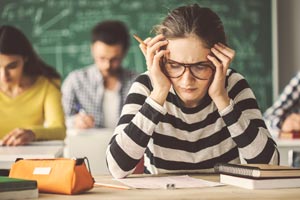 What do you expect from your university?