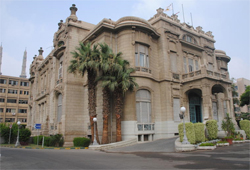 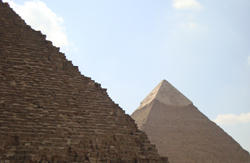 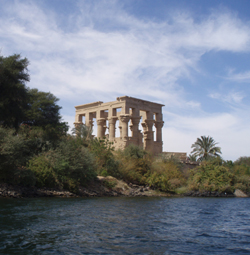 Find your international education in Egypt at Ain Shams University.

The emblem of the university, the obelisk and two hawks, establishes a link between the name and the ancient history of the university. The obelisk stands for the house of life at the city of "O'n", whereas the two hawks are symbolic of Horus, the Egyptian god at that time.

Ain Shams University is now located in the area of the Zaafaran Palace, built during the regime of Khedive Ismail. The Palace was so named because the area surrounding it was famous for saffron (in Arabic Zaafaran) plantations. The Palace was used to host the administration offices of the Egyptian University when it was established in 1925. It was used by the Ministry of Foreign Affairs (as a guest house) for accommodating important visitors. The palace also witnessed the signing of the 1936 Treaty between Egypt and Great Britain. Finally in 1952, it came to be used as the administrative headquarters of Ain Shams University.

Being a major scientific and cultural institution, Ain Shams University is fully aware of these challenges and is certain that it has - with other Egyptian Universities - a difficult hard responsibility for the creation of the generation. That is aware and proud of its identity and traditions and is also ready for the creation of a better future for their country. In fact, Ain Shams University has played an undeniable role in developing the cultural and scientific life in Egypt and enriching human knowledge in general.