Take Your Target Language to Tokyo

Have you ever dreamed of being fluent in Japanese? Whether its Japan’s internationally famous movies, anime, manga, or literature that’s drawing you in, you can experience them in their original language when you complete a Japanese degree.
Refine your search
Refine your search
Show all filters

This program has been added to your wishlist.
Choose up to three courses that you want to compare.
Displaying 61-80 of 103 results
Sort
Highest review score
Closest start date
Length

University of Warwick
Why Warwick? We’re a world-leading university with the highest academic and research standards. Today more than 25,000 students thrive across...

University of Warwick
Why Warwick? We’re a world-leading university with the highest academic and research standards. Today more than 25,000 students thrive across...

5.0 (1)
Genki Japanese Language & Culture School
24 weeks of our Standard Japanese course Available to all levels No visa required for people from most of the...

University of Leeds
Technology leader, economic giant and cultural powerhouse, Japan is a fascinating country and an important player in the international community....

Master of Philosophy (MPhil) in Japanese

The University of Waikato
The Master of Philosophy is a one year research-based degree in which candidates undertake a programme of supervised research which...

Doctor of Philosophy (PhD) in Japanese

The University of Waikato
The degree of Doctor of Philosophy is awarded by the University for research carried out under the supervision of at...

Genki Japanese Language & Culture School
NextGEN is a special package program offered only during summer. It combines the best, most fun activities of our Traditional...

The University of Waikato
Graduate certificates are intended to develop your knowledge and skills in a subject area that is different to your first...

5.0 (1)
Genki Japanese Language & Culture School
This module offers an opportunity to learn about Japanese culture while studying the language. You will experience things such as...

Bachelor of Arts (Honours) in Japanese

University of Auckland
Further your study and enhance you career potential with advanced courses and supervised research alongside some of New Zealand’s leading...

The University of Waikato
Studying a graduate diploma helps you develop knowledge and skills in your chosen subject area which will enable you to...

University of Otago
The Bachelor of Arts (BA) is Otago's most flexible undergraduate degree Program, enabling students to study from a selection of...

Auckland University of Technology
The Bachelor of Arts prepares you for a huge range of careers, and you can build your degree in a...

The University of Canterbury
The Bachelor of Arts is a highly flexible degree that allows a wide range of choices from major Arts subjects,...

University of Leeds
Cultural Studies is an exciting interdisciplinary programme which offers you an insight into cultural practices, histories and meanings. You’ll learn...

University of Central Lancashire
Are you interested in studying Japanese? Would you like to master specialist language skills whilst gaining an introduction to the...

University of Auckland
The PGDipArts is an alternative to the Bachelor of Arts (Honours). This programme might be for you if you want...
Displaying 61-80 of 103 results
123456

Even being an island nation, Japan is as diverse as they come. Dense cities, sprawling national parks, impressive mountains, and thousands of shrines and temples make up the Japanese landscape. It’s hard not to be inspired by the combination of traditional beauty and cosmopolitan chic that permeates almost every aspect of life in Japan.

The people are another aspect that attracts both tourists and students in the hundreds of thousands every year who want to experience Japanese culture. The Japanese influence on film, literature, food, and design can be experienced almost anywhere in the world. It’s no wonder that studying Japanese in Japan is a popular choice amongst students.

Although difficult for students who only have experience in western languages, it’s not impossible. But students can speed up the process by applying for a Japanese language program in Japan, where they can be immersed in the language and culture. Those who achieve a Japanese degree are also setting themselves up for future success and possible work opportunities in Japan itself!

The best Japanese degrees and Japanese language programs give students the opportunities to explore the language and express themselves from day one. With a native speaker as the teacher, students will also get first-hand knowledge of the nuances and intricacies of the Japanese language, adding a huge benefit to studying Japanese abroad in Japan.

A typical day in the life of a student studying Japanese consists of lectures where the student learns and practices all aspects of the language, including speaking, listening, and writing. The best Japanese language programs will also allow students to get out of the classroom and explore the country around them by going on field trips to museums, restaurants, or other places of interest. 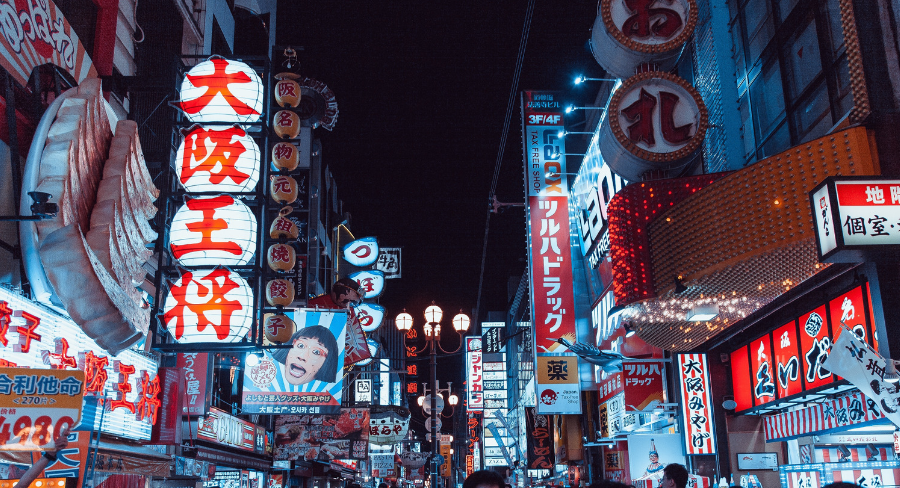 In today’s global environment, knowledge of a second or even third language is considered a high-value skill. Employers therefore put candidates at the top of the list if they have fluency in another language on their resume or CV. As a widely spoken language, especially in politics and trade, Japanese speakers are in demand.

Consider some of the following jobs that require Japanese:

Or, if it’s your goal to stay in Japan after your studies, then no matter where you decide to work you will need an advanced knowledge of the language.

Prerequisites for a Degree in Japanese

The best Japanese schools will often require that prospective students have demonstrated they have previously performed well in their classes. However, previous knowledge of Japanese is not mandatory if you want to start as a beginner. Both undergraduate and graduate students will have to provide a copy of their academic transcripts, along with any standardized test results.

If you wish to begin with upper-level Japanese classes, however, you may have to demonstrate your knowledge of the language through a spoken interview or placement test.