Take Your Target Language to Berlin

Interested in becoming fluent in German? As one of the world’s most influential languages, a German degree or a German language program is great for students who want to break into the field of politics, interpreting, law, and many others!
Refine your search
Refine your search
Show all filters

This program has been added to your wishlist.
Choose up to three courses that you want to compare.
Displaying 1-20 of 364 results
Sort
Highest review score
Closest start date
Length

MA in German language, literature and culture (in German)

Karoli Gaspar University
*This program is taught in German The master degree program aims at deepening the knowledge in the field of German...

Cardiff University
Our aim at the School of Modern Languages and the School of English, Communication and Philosophy is to develop and...

English and Another Foreign Language (German)

Vilnius University
The program develops the student’s written and spoken communication skills in English (C1) and German (B2-C1) essential for a successful...

German as a Minority Language and Literature MA

University of Pécs
The goal of the degree program is to train experts who have sound general and special knowledge and understanding of...

Newcastle University
This degree combines the study of linguistics with German, to explore how language works and what it does. You spend...

Vilnius University
The program of German Philology is open to candidates already proficient in German as well as complete beginners. They study...

Cardiff University
Our aim at the School of Modern Languages is to develop and educate our students to become ‘global citizens’, in...

North Central College
As a German major, you can discover the joys of learning about a culture from the inside out. You can...

University of Limerick
We have an excellent track-record of helping our students acquire high-level language skills, and a sound knowledge of the culture...

University of Kent
At Kent, we have one of the top law schools in the UK. Kent Law School is renowned for its...

Economics with a European Language (German)

Cardiff University
The Business Economics degree programme with German provides students with an understanding of economic theory, particularly that which focuses on...

University of Pécs
The goal of the degree program is to train experts who have sound general and special knowledge and understanding of...

Eötvös Loránd University
The German Foundation Course (Preparatory Year) has been designed for students who wish to study at ELTE or another European...

University of St Andrews
Develop your academic understanding of and research capability in German You can take German studies as a single-subject pathway or in...

Nottingham Trent University
Joint Honours degrees give you the maximum flexibility to study subject areas that really interest you. You can shape your...

University of Pécs
The aim of the course is to provide students with basic knowledge on the one hand in the core areas...

Nottingham Trent University
Joint Honours degrees enable you to have the maximum flexibility to study subject areas that really interest you. GERMAN at...

University of Kent
Both culturally and commercially, German is an extremely important language. Within Europe, it is spoken by more people than English...

Klaipeda University
Not only is the following study program based on common linguistic studies in English, but also on practically applied English...
Displaying 1-20 of 364 results
1234567

As a country with as diverse and turbulent history as Germany, it’s no wonder that the country gains as much attention as it does. Quickly becoming one of the most influential countries in both the European and global economy in the 21st century, Germany attracts talent from around the world interested in working in economics, business, and politics. Students from around the globe also see potential in an education in Germany, often pursuing a German degree, especially considering Germany’s liberal free higher education policies.

However, the first step to really making it in Germany is to learn the language. Maybe you’ve heard about the complex grammar and long compound nouns and thought the task of learning German was too daunting. Yet, it’s not an impossible task! By enrolling in a German language program or studying for a degree in German, students set themselves up for the ultimate success.

You can also gain fluency quickly and efficiently when you decide to study German abroad in Germany. Surrounded by the language day in and day out is guaranteed to kickstart your language skills and get you talking to natives within a few short weeks. Plus, with a wide range of different cities to choose from, students will easily find a new home that suits them best!

The best German degrees and German language programs give students the opportunities to explore the language and express themselves from day one. With a native speaker as the teacher, students will also get first-hand knowledge of the nuances and intricacies of the German language, adding a huge benefit to studying German abroad in Germany.

A typical day in the life of a student studying German consists of lectures where the student learns and practices all aspects of the language, including speaking, listening, and writing. The best German language programs will also allow students to get out of the classroom and explore the country around them by going on field trips to museums, restaurants, or other places of interest.

So, while you’re in Germany, visit the Brandenburg Gate in Berlin or one of the many beer halls in Munich to get a better glimpse of a country defined by its mix of modernity and tradition. 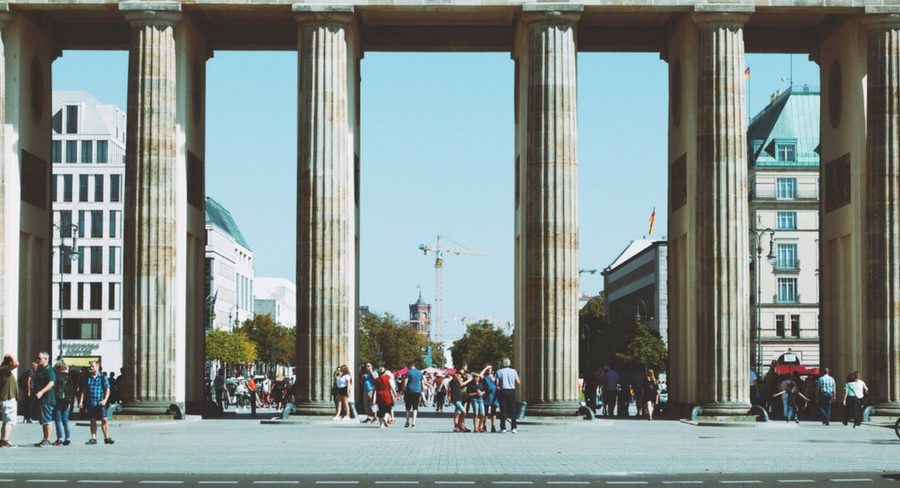 In today’s global environment, knowledge of a second or even third language is considered a high-value skill. Employers therefore put candidates at the top of the list if they have fluency in another language on their resume or CV. As a widely spoken language, especially in politics and trade, German speakers are in demand.

Consider some of the following jobs that require German:

Or, if it’s your goal to stay in Germany after your studies, then no matter where you decide to work you will need an advanced knowledge of the language.

Prerequisites for a Degree in German

The best German schools will often require that prospective students have demonstrated they have previously performed well in their classes. However, previous knowledge of German is not mandatory if you want to start as a beginner. Both undergraduate and graduate students will have to provide a copy of their academic transcripts, along with any standardized test results.

If you wish to begin with upper-level German classes, however, you may have to demonstrate your knowledge of the language through a spoken interview or placement test.