Show more filters
Show less filters
Programs (618)
Schools (247)
This program has been added to your wishlist.
Choose up to three courses that you want to compare.
Displaying 181-200 of 618 results
Sort
Highest review score
Closest start date
Length
MA Media Creation and Innovation
University of Groningen
In this MA students explore how media are produced and used in a digital era. You study how new media...
Video Creation and Media
SMK University of Applied Social Sciences
The objective of this study program is to prepare video creators who will independently and in groups create media products...
BFA Filmmaking
3is - International Institute for Image and Sound
Our new BFA in Filmmaking program at 3iS, is taught completely in English and focuses on various aspects of filmmaking,...
Bachelor of Media Arts in New Media + Sound Arts Major
Emily Carr University of Art + Design
All our majors commence upon completion of our Foundation Year requirements. New Media and Sound Arts (NMSA) provides a critical...
MA Orchestration for Films, Games and Television
5.0 (1)
ThinkSpace Education
Fewer people are trained orchestrators than trained composers. This course takes you from first sketch through sampled mock-up, then onto...
Costume Design for Film & Television BA (Hons)
Falmouth University
You'll prepare for a career in screen-based costume design through interdisciplinary learning across our Fashion & Textiles Institute and the...
BA Theatre and Performance Studies
University of Bristol
The theatre and performance studies course builds your understanding and practical skills by exploring critical and historical frameworks alongside practical...
MFA Video Game and Media Composition
ThinkSpace Education
In today competitive market, you need to be able to address the widest possible range of opportunities. This course equips...
MFA Cinematography
3is - International Institute for Image and Sound
Delivered entirely in English, our innovative MFA in Cinematography program at 3iS, trains students in multiple aspects of filmmaking, with...
Audiovisual Communication
Rey Juan Carlos University
The objectives of the Degree in Audiovisual Communication can be summarized in a single goal: to seek an exhaustive knowledge...
Cinematic Multimedia Arts
Hawai'i Pacific University
The BA in Cinematic Multimedia Arts degree allows students to develop technical, design, and narrative skills in a wide range...
Two-Day Intensive Filmmaking
MetFilm School
Two-Day Intensive Filmmaking is the perfect course for anyone wanting to get an introduction into moving content creation. Combining workshop...
PGDip in Race, Media and Social Justice
Goldsmiths, University of London
The Postgraduate Diploma in Race, Media and Social Justice offers a rigorous and academic approach to this subject to deepen...
MA Professional Media Composition
5.0 (1)
ThinkSpace Education
Professional Media Composition is for composers who want to earn a living writing music for media. It delivers the creative,...
Communication (BA) - Digital Cinema & Television Concentration
University of South Alabama
Digital Cinema and Television is a concentration option for students pursuing a Bachelor of Arts in Communication. Are you inspired...
Performance, Television, and Social Media
UC Berkeley Summer Sessions
This course examines the intersections of performance and media--specifically the media forms of television and social media in the U.S.--with...
PGCert in Race, Media and Social Justice
Goldsmiths, University of London
The Postgraduate Certificate in Race, Media and Social Justice aims to offer a rigorous and academic approach to deepen your...
Master of Cultural Anthropology and Development Studies (Leuven)
KU Leuven
KU Leuven's Advanced Master of Cultural Anthropology and development Studies (CADES) brings together students and professionals from all over the...
Creative Technologies
5.0 (1)
Bangor University
This exciting course is run jointly by Computer Science and Creative Studies and Media. It is aimed at students who...
Social Documentation Double Major
Clarkson University
Combining a major in the humanities and social sciences with a major in communication and media, you merge a wide...
Displaying 181-200 of 618 results
78910111213 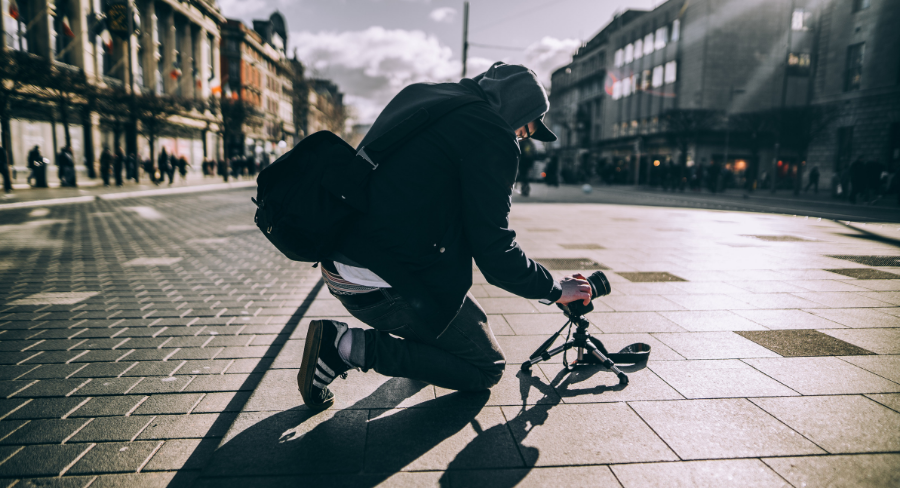