We at educations.com are pleased to announce and recognize the finalists for our Study a Master's in Europe Scholarship.

These candidates shined amongst thousands of applicants as outstanding examples of up-and-coming, globally-minded leaders who are pursuing Master's programs in Europe. Ten final candidates were chosen and six students were enrolled and eligible for the scholarship. They are listed below in the order that they confirmed their enrollment. 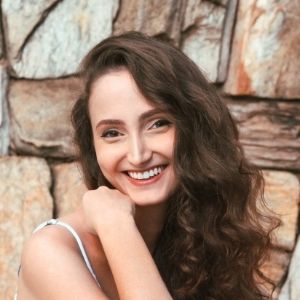 Studying a Master in City & Technology at the Institute for Advanced Architecture of Catalonia in Spain.

From Brazil with a love for cities and a passion to use urban planning to improve societies, Laura was drawn to a Master’s degree in the heart of Barcelona for a Master’s in City & Technology.

Leading her towards her program is a Bachelor's Degree in Architecture and Urbanism in her home country. As her final project, Laura proposed an urban regeneration of the Campus Colemar Natal e Silva. The project was chosen as a finalist in the National Competition of Architecture and Urbanism’s Graduation Projects and was also chosen as the best project of 2017 by her university.

How Laura chose her country of study:

It was love at first sight with the city of Barcelona for Laura. It is recognized as one of the most successful cities in the world and renowned for its innovative urban planning. Laura describes the city as a “living lab for urban solutions.”

How Laura plans to become a globally-minded leader:

Motivated by Brazil’s critical urban challenges and chaotic and violent metropolis’s, Laura was drawn to the Institute for Advanced Architecture of Catalonia to get a fresh perspective to bring back to Brazil to start an urban planning firm. She hopes to change her country’s paradigms searching for causes and solutions, and eventually take her knowledge and insights global to create better cities for us all. She hopes to become a true leader in the development of cities “after given the opportunity to be an apprentice” at her favorite one.

Studying a Master's in Business Administration at INSEAD in France

An entrepreneur from Italy with dreams of disrupting the world of international food supply, Filippo was drawn to France for an MBA from INSEAD to get an international perspective on how to turn a start-up into an enduring company.

With a passion for building things since childhood, Filippo turned his interest into an entrepreneurial focus. Through exchanges and travel to locations throughout Europe and the Middle East, Filippo began to gain a global perspective and sought that out for his Master’s program. During the lockdown in Italy, he co-founded ACT4ITALY (www.act4italy.com), a non-profit organization to support Italian Cultural and Touristic commercial Activities in overcoming the difficulties induced by COVID-19. ACT4ITALY is a marketplace where companies can offer their products/services at a discounted price in the form of vouchers, allowing them to receive immediate liquidity.

How Filippo chose his country of study:

Filippo cites France’s “Avant-guard” place in Europe - as the first to introduce the MBA ito the continent in 1957. He is attracted to the diversity of the residents to grow as a global leader and crystalizing a global perspective.

How Filippo plans to become a globally-minded leader:

His ambition is to use entrepreneurship to promote societal good. He was attracted to INSEAD because it aims to prepare the leaders of tomorrow “fostering forces for good,” and drives leaders to act responsibly.

Studying an MSC in Evolutionary and Behavioural Ecology at the University of Exeter in the UK.

Passionate about the preservation of bees, Diana is pursuing an MsC with the University of Exeter to conduct native bee research projects and learn how they are working as a society to protect and preserve these critical pollinators. She plans to bring this knowledge back to Mexico to introduce new perspectives and help preserve bees in her home country.

The first to study native bees in the dry-forest of her state, she contributed state-of-the-art knowledge on the species' richness and ecological interactions of plant-pollinators in the area. She also gives talks on local radio and television to drive awareness of the existence and importance of native bees in Mexico.

How Diana chose her country of study:

Although Mexico and the UK have completely different ecosystems, they share a similar problem for bees: land-use change. Getting involved locally in native bee research projects in a country with a lot more experience in the subject and with recently implemented projects, will help Diana transform from a leader.

How Diana plans to become a globally-minded leader:

Bringing back new knowledge and perspectives from her degree in the UK, Diana plans to return to Mexico try to drive native bee research. She will combine these new points of view with her own knowledge of Mexico ́s cultural heritage, political issues and resource priorities at a local and regional scale with mind to the global impact that bee preservation has on the world. 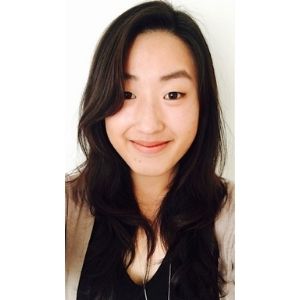 The central question in MiJeong Priscilla Ohm's life has been: "Could this have been managed better?" As a doctor in South Africa who has been involved in relief programs from an early age, she is pursuing a degree in Disaster Management from the University of Copenhagen to help South Africa - and the world - combat a growing number of disasters.

As a child of Korean missionaries to South Africa, MiJeong Priscilla grew up around relief efforts and community development projects. Her first interest in preventing disasters came when she helped on a fire relief project in the township of Khayelitsha. After working tirelessly with other volunteers to clean up burnt materials and build temporary shelters for displaced residents, she overheard someone say: “This should do until next
year when the fires come back.”

As a doctor, the feeling that disasters can be managed better has pervaded her life through the mass car accidents she has managed, the HIV and TB patients that filled her hospitals and the malnourished children who were dying from neglect. MiJeong Priscilla writes in her essay that: "Disasters take many shapes and sizes, they have no limits and no borders."

How MiJeong Priscilla chose her country of study:

MiJeong Priscilla was attracted to Copenhagen's unique culture, the Danish commitment to sustainability, and the global diversity of the program to bring a unique perspective to the study of disaster management.

How MiJeong Priscilla plans to become a globally-minded leader:

In addition to the knowledge and perspective she will gain, MiJeong Priscilla plans to use her education to learn how to communicate on a wider platform and work beyond the borders she has grown up in. She plans to become part of the process in lessening the impact of disasters through her medical practice now and globally through NGO involvement in the future.

Studying a Master's at the University of Pavia in Italy

Mildred's passion centers on youth economic empowerment, inclusion and social justice. Heavily involved with voluntary work, as well as founding a company to train and financially empower young people, Mildred is pursuing a Master's in Italy to draw in new skills to found a social enterprise in rural Malawi.

Growing up in the low income suburbs of Lilongwe, Mildred developed a passion for youth economic empowerment, inclusion and social justice.

Due to her interest in youth empowerment, she founded Drez Fashions, a registered fashion enterprise that designs and makes custom-made clothes, footwear and accessories and trains young people in tailoring, fashion designing and business skills to financially empower them.

She served as a CorpsAfrica Exchange volunteer in Rwanda, and prior to this, served in Malawi where she worked with rural communities in poverty alleviation projects.

How Mildred chose her country of study:

How Mildred plans to become a globally-minded leader:

Mildred plans to create a social enterprise where she can directly impact thirty girls per month in skills development in the poorest rural communities of northern Malawi through empowering and mentoring community members. She will focus on wealth creation skills such as designing, tailoring, craft, entrepreneurship and leadership that also promote Malawian culture.

Are you inspired by these amazing finalists?

We've been awarding the Study a Master's in Europe Scholarship for fall semesters since 2020. Click below to learn about eligibility and the application process!